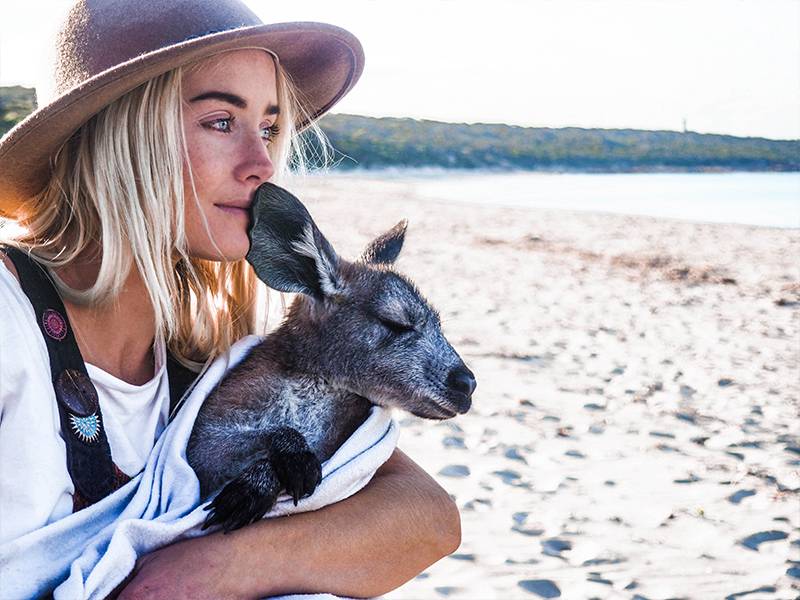 Growing up on the coast, Brinkley’s initial fascination with the sea was cultivated as a child, since then, everything in her life has revolved around her devotion to the ocean and her passion for wildlife. . . .

Taught to surf by her parents at age 4, Brinkley surfed competitively until the age of 18. The elegant natural footer who’s style has been described as “gutsy, and elegant”, realised that the professional contest circuit was not the road for her and went on to study at Flinders University.

Going on to achieve a Bachelors degree in Marine Biology, followed by an impressive resume of volunteer work, diving, and boating qualifications to go alongside, she has, over the years represented marine and wildlife conservation on a global level, ad inspired many to follow in her footsteps.

Brinkley explores her passions for the underwater world, waves, and wildlife around the world, while bringing awareness to conservation efforts, that are helping to preserve not just the ocean, but all ecosystems.

Having founded her own registered charity and environmental Non-Profit Balu Blue Foundation, in late 2016, Brinkley now has a main focus on building the conservation projects within the organisation, including the inspiring story of #BunjiTheKangaroo, creating #TwoSongsSanctuary, a private orphan native animal rescue based on Eyre Peninsula, South Australia, and also a marine debris campaign #ClearTides, spreading awareness for plastic pollution internationally.