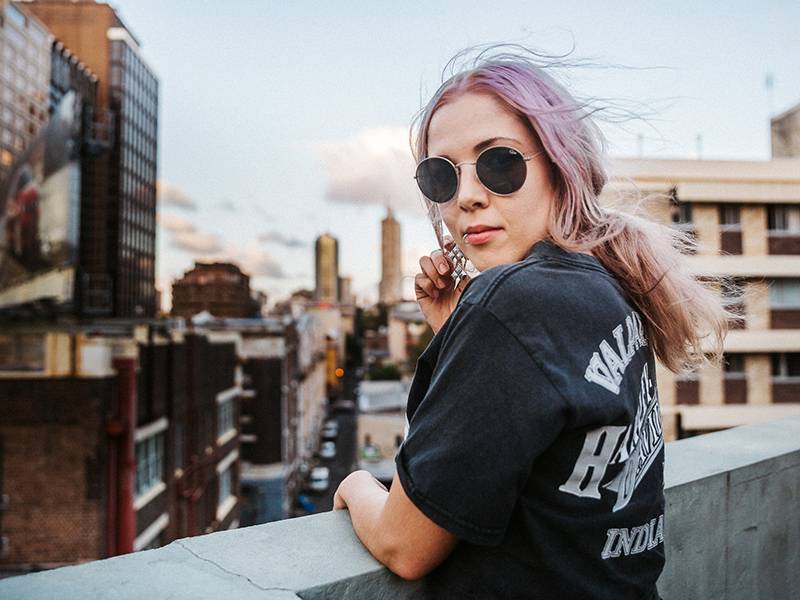 Aislinn is a creative producer at MTV Australia, based in Sydney. Through her work at MTV, Aislinn has created bespoke on-air and online content for a number of brands including Adidas, H&M, Nintendo and Smiths, and directs music videos and short films in her free time. Using her passion for film and image making she aims to refract the human condition through a lens of dreamt up worlds and realities to create beauty and social commentary through her work.
She holds a Bachelor of Communications (Media Arts Production) from the University of Technology, Sydney, and completed her first short film Blessings in 2014. Since then she has worked as director, editor and cinematographer on a variety of projects, including documentary series, films and music videos – collaborating with musicians, influencers and other filmmakers to create original film and video concepts. As well as working on branded content Aislinn is currently focused on writing her next short film, and collaborating with musicians to create original and cinematic music videos.